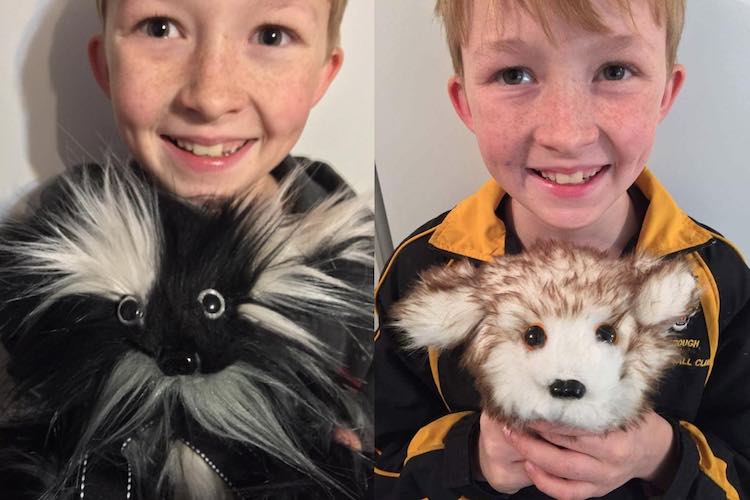 When Campbell Remess couldn’t afford to buy Christmas gifts for children in the hospital, he started making teddy bears for them. Nearly three years later, the Australian 12-year-old is still sewing—and he sends these one-of-a-kind plush toys to hot spots of misery around the world.

Campbell has been averaging one new bear a day for the last two years. He’s self-taught, using his mother’s sewing machine to create unique–what his mom calls “funky”–bears that reflect his own imaginative style.

He delivers them to local hospitals, but also ships them overseas to help those dealing with grief. Campbell sent bears to Paris and Brussels after recent terrorist attacks, giving sad, grieving, or frightened children something to hold onto.

Volunteers surprised the boy by raising one thousand dollars and converting his bedroom into a teddy bear factory while he was at school. Shelves are stocked with donated fabric, stuffing, and other materials for his charitable projects.

His mother, Sonya Whittaker, says that when Campbell asked to borrow her sewing machine to create his first bear on his own, she let him assuming he would give up before he finished. Years later, she’s glad she told her son to “knock himself out” creating that first bear.

“Look at the last three years of experience and practice and skill he’s got,” Whittaker told ABC News. “Look at what the word ‘yes’ has done.”